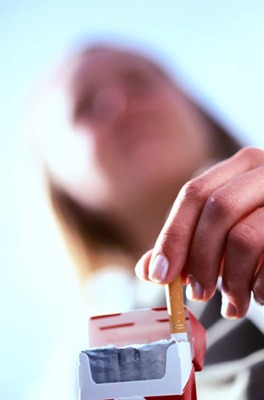 It is worth mentioning that smoking can be of different forms and shapes. Tobacco smoking is the most widely-spread type, it is usually done by means of a cigarette (both pre-made and hand-made), but can also involve cigars, pipes and hookahs. Tobacco may also be chewed and snuffed.

You’ll find it interesting to know that nicotine was initially discovered to serve as an insecticide – a pesticide used to kill insects. Its role as an insecticide was later discontinued as it turned out too harmful for animals. No wonder, there is a Russian saying: a drop of nicotine can kill a horse.

Smoking is also a method of using recreational drugs, but this is beyond the scope of this article. We’ll limit it to tobacco smoking. But you should know that the following is true for any form of nicotine/tobacco use.

2.  Pesticides and other chemicals used to grow tobacco that you consume. Tobacco is a plant and its leaves are used in cigarette production.

Among other countries, large amount of world tobacco growth is concentrated in Russia, which brings us closer to… Chernobyl, for instance. And if you know even a bit about it – it leaves you wanting nothing to do with smoking that tobacco.

Most smoking women make decisions to quit the moment they start planning pregnancy. Many others stop smoking when they find out they became pregnant. Either way is best according to the modern research on nicotine and pregnancy.

Smoking during pregnancy is known to cause baby’s low birth weight, to increase the risk of SIDS (Sudden Infant Death Syndrome) and premature birth.

Smoking is also one of the culprits of colic in newborns during the first three months of life.

If you stopped smoking during pregnancy, continue on with your happy breastfeeding! If you haven’t, the following is for you:

American Academy of Pediatrics deems smoking and breastfeeding incompatible. Breastfed babies get exposed to the risks of smoking either through mother’s milk or second-hand smoke (inhaling when someone near is smoking).

Even if the baby is bottle-fed, detrimental effects of second-hand tobacco smoking are plentiful.  Dr. William Sears presents the following statistics:

If you haven’t given up smoking before or during pregnancy, next best time is before you start breastfeeding. Negative effect of smoking and breastfeeding decreases with every cigarette you don’t smoke. Quitting earlier is best, but quitting later is better than not quitting at all.

My father gave up smoking when I told him I was pregnant. He was overseas at the time, and was planning to come visit for the birth of his first grandson.  I need to also mention that he had been smoking since 8th grade (it was that popular at the time) and he was 48 when he found out about his future grandson. Talk about deep-rooted habits!

He stopped smoking just like that….easy. There was no “last cigarette and done”, no “I’ll stop on Monday”. The cigarette he smoked before the conversation when I told him I was pregnant was THE LAST. So proud of him!

I guess it takes some maturity to grow into this decision - he didn’t quit smoking when I was born. But he says if you manage to visualize all the negative effects smoking has on the baby, quitting becomes easier.  But you really trully need to draw all these unpleasant pictures in your mind.

It is known that nicotine addiction is one of the most difficult to break. Nicotine addiction in women is even harder to stop, which explains high rates of women smoking and breastfeeding. It has, however, been reported doable when done for the sake of someone else. Well, I think your “someone else” is here ready to enjoy this healthy and fun life with you!