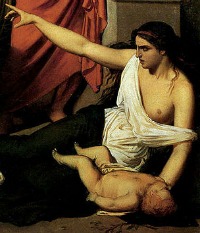 Religion is different. Some religions specifically disallow breastfeeding in public. Some are supportive of nursing wherever is needed.

In Muslim countries women are required to cover up their bodies with only eyes, hands and feet showing. But it is a norm to expose their breasts to feed the baby.

They cover up their bodies to preserve their modesty in public; they expose their breasts because those are viewed as means of fulfilling a natural motherly function.

Is Your Country Breastfeeding-Friendly?

Countries of the former Soviet Union have still long ways to go. The rates are the lowest resulting from the scarcity of public breastfeeding-friendly amenities and unacceptability of any exposure in public.

In Belarus, Russia and the Ukraine breastfeeding mothers are confined to their homes until they wean. Their only way out is between the nursing sessions or after pumping and leaving milk at home with someone.

Breastfeeding in public is neither socially acceptable, nor physically feasible there. Breast is viewed as a source of sexuality, and exposing breasts in public calls for harassment and abuse.

The US has both federal and state laws to protect women’s breastfeeding rights in general and the rights to breastfeed in public in particular. However, many nursing mothers are still discriminated against and being harassed.

US aversion of women breastfeeding in public is in essence just this – a fear and reluctance to change status quo. It is not so much the culture or tradition. We as a country are too young to have such a deep-rooted cultural trait.

One of the ways of supporting world breastfeeding laws is by providing convenient, spacious and well-maintained nursing areas to both give moms some privacy and to prevent unnecessary arguments, confrontations and remarks.

For many women breastfeeding in public is not a whim, most of us do not wake up every morning thinking about a public place to expose our breasts at.

Most of us nurse in public, because it is where we happened to be when the baby got hungry. Be there a convenient lactation facility at hand, we would nurse there.

In Norway where about 80% of babies are still breastfed at 6 months of age, public breastfeeding is nothing more than when an adult is eating a snack in a department store.

In other developed countries like Austria, Sweden, Denmark, Germany, Italy and Iceland public places provide clean, comfortable and spacious amenities to meet breastfeeding mothers’ needs. A mother can actually choose between a private room, or family areas conveniently designed for pumping and nursing.*

Many of these countries were not founded with a profound understanding of all the benefits of breastfeeding. Most of them were brought to a breastfeeding-friendly mindset by legislature, public awareness and every mom’s initiative and desire to change the status quo.

We alone can't change world breastfeeding laws. But let's start small. Let’s only think about babies. The ones who can’t yet say what’s best for them, and, therefore, rely solely on us – their mothers.

When viewed from this perspective, breastfeeding in public is suddenly of no relevance. What is - is that we breastfeed. Time and place are of secondary importance.

What Other Visitors Have Shared

Click links below to read about breastfeeding worldwide. All these stories were written by other visitors to this page...

Sweden is a very breastfeeding friendly country. Women in Sweden are encouraged to breastfeed, although it’s not a must. Everyone makes their own decision. …

I don't feel people are upset when they see a breasfeeding mom. I do it pretty discretly, the other day I had to breasfeed in a hotel's restaurant and …